Many of today’s global beauty companies hold a vast number of other product-related lines to augment sales or expand a wider consumer reach. Case on point; L’oreal Paris gained acquisition of relative beauty brands including Lancôme, Garnier, Urban Decay and many more. Most of these household names fall under the same umbrella of beauty and personal care. But rarely will you see a leading line of hair care brand affiliated with a liquor company, at least in terms of the founding father.

We are talking about two-billion-dollar empire brands, Paul Mitchell and Patron Spirits Company, which are both owned and co-founded by John Paul Dejoria. What makes this salesman turned philanthropic billionaire capitalized on a product line that’s very much different from what he already sells? This is an interesting and inspiring story you’ll never want to miss.


The startup of the story features a meeting of the minds between two friends with colorful personalities, a renowned hairstylist named Paul Mitchell and John Paul Dejoria who was then a struggling salesman. With Dejoria’s marketing skills, Mitchell’s haircare expertise and a $700-budget loan, the two entrepreneurs collaborated to steward a company that caters exclusively to the needs of the professional beauty industry. In February of 1980, the John Paul Mitchell Systems (JPMS) was launched featuring shampoos and conditioners as their initial products.

Considering their paltry sum of financial foundation and having only a P.O. Box and a message recording device as their means to reach out to potential clients, neither Dejoria nor Mitchell was disheartened and continued to pursue their joint venture. They went door-to-door pitching about their products and offered free demonstrations to hairdressers and salons, their primary consumer target. To build trust with its customers, the company assured a money-back guarantee offering to buy back any unsold products from the salon.

By 1983, the JPMS acquired the self-sustaining and solar-powered Awapuhi Farm in Hawaii from which they harvested all their naturally grown ingredients. The year was 1983 when the company introduced its first-ever hair sculpting foam which became a major hit among hairstylists and beauty editors.

In the late 1990s, Paul Mitchell drove its sales, even more, launching another shampoo and conditioner that is made from Tea Tree. The tea tree products also became a cult favorite giving rise to Paul Mitchell’s first sub-brand, the Tea Tree. In the succeeding years, they continue to expand and broaden their range of products and the rest was history.

Today, Paul Mitchell’s network expands to 89 countries with more than 150,000 distributed products in salons, listing an estimated annual revenue of $2.6 million dollars. After Paul Mitchell’s death in 1989, he left the company’s management to his beloved friend John Paul Dejoria alongside his son Angus Mitchell. 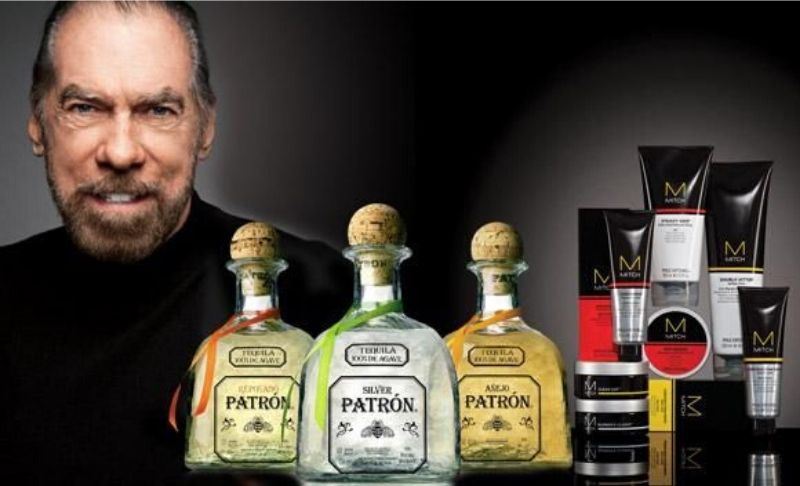 “Our goal has always been to provide hairdressers with the best products and education, and we’re constantly finding new ways to achieve it.” — John Paul Dejoria, Paul Mitchell Co-Founder

Paul Mitchell is a recognized worldwide manufacturer of hair care products and styling tools founded by Paul Mitchell and John Paul Dejoria in 1980. Headquartered in Beverly Hills, Paul Mitchell is part of John Paul Mitchell Systems (JPMS) which also is responsible for other major product lineups such as the Tea Tree, MITCH, Awapuhi Wild Ginger alongside a beauty school of the same appellation.

Built upon the three core pillars “Product, People & Planet”, all Paul Mitchell’s line of products is eco-friendly, made from natural and sustainable ingredients organically cultivated from a farm in Hawaii. The American-based company is also known for its animal-cruelty free products and the first beauty brand to stand up against animal testing.

More about the founders


John Paul Jones Dejoria is an American Entrepreneur born on April 13, 1944, in Los Angeles to an immigrant parent. Growing up in a poverty-stricken family, Dejoria learned to do whatever it took to help his family make ends meet, knocking door-to-door to sell Christmas cards and newspapers at the early age of 9. After he got out of Navy service in 1964, he worked as a one-time door-to-door salesman selling encyclopedias to earn money for his study of Dental Medicine.

Unfortunately, his plans for college were scratched as he was unable to sustain money for tuition fees, exposing Dejoria to different career orientations. From selling life insurance, copying machines, medical linens to pumping gasoline stations, Dejoria did whatever it takes to financially thrive. At one point, he was even homeless and only slept in his car.

His breakthrough in the beauty world first came when one of his friends suggested he try the booming hair care industry. Finally, in 1971, Dejoria landed a job as a salesman in Redken, an American Hair Care brand which later earned him rank as a sales manager before further climbing up as the national manager of  Redken’s training salons and beauty schools.

The Partnership with Paul Mitchell

While into selling hair care products, Dejoria meets his future business partner Paul Mitchell who was exposed to an entirely different background. Born Cyril Thomson Mitchell on January 27, 1936, in Scotland, Mitchell lived a life of tropical-bound and soul-searching recluse.  He was reportedly a Scot through and through until his family moved into London wherein his father served as a chief engineer at Buckingham palace.

Perhaps inspired by his mother who was a former hairdresser, Mitchell went on to pursue a career in the haircare industry and became a flamboyant hairstylist under the tutelage of Vidal Sassoon Academy. At the only age of 18, he already triumphed in different hairdressing competitions. By the early 1960s, he became one of the highly-sought hairstylists in London.

Mitchell continued on to rise to the ephemeral top. He was not just a hairstylist but was also touted to be an indefatigable showman transforming haircutting into artistic performances which gained him more clientele. Unfortunately, Mitchell was diagnosed with pancreatic cancer in 1988 and died a year after at the age of 53. He was buried in one of his estates in Hawaii.

From selling shampoos to selling spirits

One night in 1989, Dejoria was having a margarita drink with his architect friend Martin Crowley when he recalled the tequila being “a little rough”. Dejoria then asked Crowley, who at that time was about to head for a Mexico trip, to bring him back a bottle of smoother tequila.

Months later, on his journey to find the best-tasting tequila, Crowley taste-tested nearly every tequila product in Jalisco. One particular brand stood out, the Siete Leguas, in which according to Crowley himself, the “smoothest tequila” he’s ever had. Crowley returned to Dejoria with a nicer bottle of tequila and an idea to launch a premium tequila brand.

Apprehending the lack of decent tequila in the states, Dejoria is all keyed up for the new challenge. In that very same year and just 9 years after the JPMS launch, Dejoria together with Crowley launched Patron Spirits Company.

Redefining Tequila to the world


Prior to the launch, tequila already gained a bad rep of being a nasty-tasting spirit in the US. At the time Patrón Tequila was introduced, a lot was skeptical of the advertised premium tequila. And to add up, the price tag of $39 a bottle was a bit of a luxury considering other brands of tequilas only sell for just a fraction of $14.

Immediately the brand set out a marketing campaign, setting out the difference between the pure agave-based Patrón and the regular tequila which people drink with lime and salt. And once again, Dejoria finds himself  “knocking on doors” and taking tequila to every top bar in LA. Eventually, their hard work and brilliant campaign paid off as Patrón produced about 1000 cases of tequila only in its first year. “People realized it’s okay to pay a few dollars more if you treat yourself”, Dejoria noted.

Over time, sales beefed up and Patrón Tequila quickly dominated the world of cocktails, setting Patron Spirits Co. as the leading producers in the spirits industry. Today, the company operates 130 markets worldwide with annual revenue of $1 billion.

“We started this business more than a quarter-century ago with a singular mission – to create an ultra-premium, luxury Tequila,”  —  John Paul Dejoria, Patron Spirits Co. Former CEO and Co-Founder

Patron Spirits Company is a Los Angeles-based producer of premium beverage alcohol founded in 1989 by John Paul Dejoria and Martin Crowley on their mission to provide the world the finest ultra-premium tequila. The company’s flagship of Patron Tequila was originally produced by Casa Siete Leguas, a distillery who has a long history of making tequila in  Mexico until the company purchased the brand rights in 1989 while still adopting the traditional distillation process of slow cooking in ovens, copper pot stills and Tahona wheels.

Overall, the luxury spirits consist of five product lines including the Patron Tequila, Gran Ultimat vodka and Pyrat rum alongside their portfolio of coffee liqueurs and orange liqueurs.  In 2008, Bacardi, one of the world’s largest spirit businesses, gained a 30%  ownership stake in Patron Spirits International before buying Dejoira’s 70 % stake — in a $5.1 billion deal — in 2018. Dejoria remained the ambassador of the brand and assumed the position of chairman emeritus.

The man behind the famed Patron Tequila


In his journey to find the best Tequilero in Jalisco, Crowley met Franciso Alcaraz, the future master distiller of the company and Patron recipe-maker. “Very little quality tequila was being exported back then. There was no market for it,” Alcaraz recalled. “Siete Leguas thought Martin and JP were a little crazy, and they wanted no part of it. Instead, they allowed me to work with them directly to produce Patrón, and that’s how we got started.”

Alcaraz who now owned a restaurant in San Francisco studied chemical engineering and started his career as a distilling consultant. In the late ’60s, he became Mexico’s first tequila inspector.  He was working in Siete Leguas before that fateful encounter with Crowley and Dejoria.

What’s next for Dejoria? 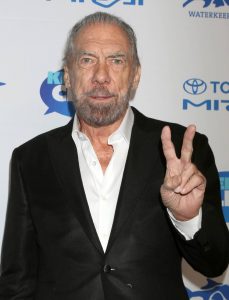 Apart from Paul Mitchell and Patron, Dejoria also has dozens of other business ventures including his Dejoria Diamonds. And more recently, he launched the flagship of affordable 3D mobile phones. Looks like nobody’s stopping this serial entrepreneur as now, he is currently onto a gel-product that could help relieve symptoms of herpes and cold sores

For Dejoria, success is not all about money and power, however.  As he sums up, “Success unshared is failure”. His philanthropic passion led him to establish JP’s Peace Love & Happiness Foundation and other charitable foundations that help promote the welfare of the less fortunate and animal rights. Annually, he meets up with one of his billionaire charity groups called Giving Pledge to discuss how to give away most of their earnings to the needy.

“It makes me feel really good to be financially blessed and give back”, said the man behind the successful lines of diversified products. “I get great joy and a great high out of it. It’s my way of paying rent on this planet to share with others less fortunate.”

DIY Protein Hair Treatments You Can Try at Home

A List of DIY Deep Conditioners for Natural Hair 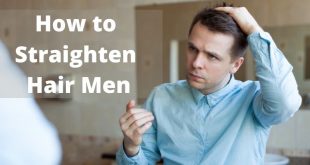 How to Straighten Hair for Men: Easy Solutions That Work 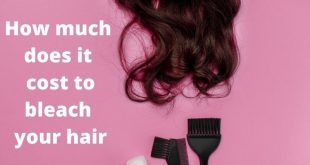 How Much Does it Cost to Bleach Your Hair?

One of the best ways to change someone’s look is by coloring their hair, but …